How much would your business be worth if it had no contracts? How confident would you be about your trading partners meeting their commitments if they were not documented?

The purposes of a contract are largely to secure economic value and to operate as an instrument of business management and control. Research data shows that in many cases, the contracts we produce and the way they are managed are not ‘fit for purpose’. The result is substantial value erosion.

Here are two statistics that may surprise you:

When we first unearthed this data, we found it hard to believe. So our efforts then focused on validation. We did this by working with a range of large companies to undertake contract audits and to explore the specific sources of value erosion or loss.

And we discovered that the statistics are not wrong. Even more important, we found that much of the failure could be eliminated through improved contract and commercial practices and process. The losses that were uncovered are rarely attributable to litigation (which occurs on average in only 0.007% of contracts). Typically, they are also not connected to the areas where we spend most time negotiating (liabilities, indemnities, and intellectual property). They result instead from poor quality and fragmented approaches in the overall contracting process – using the wrong forms of agreement, poorly defined scope, weakness in negotiated change, lack of clarity in roles, responsibilities or authorities. Through a series of workshops, we identified ten issues – or ‘pitfalls’ – that frequently lead to poor performance in contracts.

To continue reading enter your email address to download a complete copy. 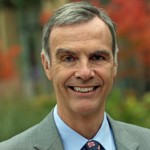 In his role as CEO of IACCM, Tim works with leading corporations, public and academic bodies, supporting executive awareness and understanding of the role that procurement, contracting and relationship management play in the 21st century business performance and public policy.

Prior to IACCM, Tim’s business career included executive roles at IBM and a period on the Chairman’s staff, leading studies on the impacts of globalisation and the re-engineering of IBM’s global contracting processes. His earlier career involved the banking automotive and aerospace industries, initially in Corporate Finance and later in commercial and business development. He led negotiations up to $1.5 billion in value and his work has taken him to over 40 countries.

Tim’s writing is extensively published and he acted in an advisory capacity to government bodies in countries that include the US, UK, Australia, Canada and Japan, as well as regular briefings to senior managers at many of the world’s largest companies.

Open Windows is proud to be a part of ReadyTech. To learn more, visit readytech.io.