What is it about Contract Management?

As the former founding CEO of the Chartered Institute of Procurement and Supply Australasia (CIPSA), Jonathan Dutton has a unique perspective on the world of procurement and contract management in this region.

We sat down for a Q&A session with Jonathan to find out where he thinks the discipline of contract management is heading. His insights may surprise you:

Why does contract management feel so relevant today?

“The most significant reason is that organisations in Australia are outsourcing more and more. It’s not uncommon to find companies outsourcing up to 70 per cent of their entire income. In other words, they are spending enormous amounts of money with suppliers.”

“Globally, organisations are more dependent on suppliers than ever before. In Australia, this is particularly true yet our relatively small marketplace means we have fewer suppliers to choose from.”

“With such limited choice, we have to manage our suppliers and supplier relationships better, in order to get the increasingly wider range of good outcomes we want.”

So, in Australia, are we any good at contract management?

“There’s no question Australian companies want effective contract management. They understand the return on investment. But achieving this is easier said than done, principally because procurement professionals tend to concentrate their focus upstream of the purchase decision. Sexy, strategic sourcing activity has taken precedence over humble contract management for a long time now. ”

“While it’s true that cost savings and getting the nuts and bolts of a contract right are vital, once an agreement is in place, we too often see the wheels fall off because many organisations leave the contract to be managed by the supplier.”

“After they’re signed, most contracts are set to auto-pilot, but in fact this is the source of huge problems for many agreements and can regularly result in late delivery, poor quality, inaccurate outcomes, cost blow outs, poor change management and disappointment in the delivery of the agreement. In other words, we don’t always make sure that the business benefits in the business case, or the ones we won in hard-fought negotiations, are actually delivered downstream.”

Surely the problems lie with suppliers then?

“That’s a simplistic attitude. Remember the investment that was made in choosing the supplier and signing the agreement in the first place? Always blaming the supplier is a reactive response that doesn’t take into account how the contract has been managed.”

“A more proactive approach to supply management is needed, especially on large contracts. And absolutely on those contracts that are business critical and therefore need particular hands-on attention such as long-term service contracts, capital works projects or for the supply of direct goods and services that support our core business. Otherwise things can go wrong too easily.”

Why do things go wrong though, especially on these critical areas you mention?

“There is what I call a ‘conspiracy of optimism’ in Australia – the tendency to assume ‘she’ll be right’ – that everything will work out okay in the end. Yet inevitably with complex supply lines things can easily go wrong – especially in Australia at the tip of the global supply chain. We should have learnt by now. We’re at the point where there’s almost an expectation that major projects won’t, or can’t, be delivered properly, on time, or on budget. I believe that only a proactive investment in contract management can change this scenario.”

“Another common mistake is to view suppliers as the enemy when they can be great partners. Adversarial relationships with suppliers costs Australian businesses millions. It is possible for buyers and sellers to work as a team – against the common enemy of waste. And I think this is particularly important to try and achieve in a relatively small market of fewer suppliers here in Australia.

Do suppliers really need this much handholding?

“It is teamwork not handholding. Suppliers know far more about their area of expertise than buyers do. That is why outsourcing is on the rise so steadily,” adds Jonathan. Instead of seeing suppliers as adversaries, he says engaging with them in a systematic way as they deliver on agreed project milestones, deadlines and outcomes – as well as the inevitable unforeseen challenges – can make an enormous difference. A proactive SRM (strategic relationship management) program can make a big difference to project outcomes, he argues.

“Consider the multi billion-dollar cost blowouts on some of the large LNG  (liquefied natural gas) projects in the west over the last few years. Now imagine a scenario where the buyers and their suppliers took a more proactive approach to hands-on management of the contracts in place for these projects. I would find it hard to believe that the outcomes – and those companies’ share prices wouldn’t look very different today perhaps.”

Is automating contract management process part of the answer?

“In a way it is, but software alone won’t help corporates and governments achieve the business benefits they want from the contracts they are awarding. The reasons that large project contracts blow-out are more human than process orientated. That said, I believe automation can help a great deal. ”

“In the context of high dependency on suppliers, having a robust contract management software solution is absolutely vital, but so is investing in the people who manage your contracts – the contract managers.”

But with professional procurement much on the rise in Australia over the last decade or so, surely these professionals have taken care of managing simple contracts?

“Well, that’s the start of the problem – these projects are not so simple. In fact supply chains have become ever more complex as we refine them more and more to get more and more. They need closer and better management to ensure consistent delivery.

Too often, many procurement professionals are less concerned about the delivery of the benefits they’ve negotiated as part of a contract and too focused on the next contract on the pile. In fact, procurement is often heavily criticised by CEOs for being too focused on things like cost cutting up front, slow process and a lack of enquiry upstream. And the business criticises procurement for a failure to see through the five rights.”

“It’s procurement’s challenge to solve these problems by being clear on their role in the company, measuring that contribution, and ensuring they have the capability for delivering what amounts to an ever-expanding  range of non-cost benefits from the supply side such as sustainability and corporate social responsibility, compliance and innovation not to mention supply side performance.”

What final advice would you give organisations around contract management?

“Take advantage of the many great advances in contract management technology and processes. Increasingly I see them as indivisible.”

“Invest in downstream (contract management activity) as much as upstream (strategic sourcing work) so that the latter supports the former more. Don’t rely on optimism and a culture of ‘she’ll be right’ but invest in more aligned process and in technology. And be nice to your suppliers – you’re more dependent on them than ever; especially in a small global marketplace like Australia.” 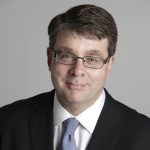 Jonathan Dutton is the former founding CEO of the Chartered Institute of Procurement and Supply Australasia (CIPSA) and now works as an independent management consultant. Jonathan is currently the Interim Sales & Marketing Director for Open Windows Software; a leading provider of modular procurement and contract management systems in Australia.   www.openwindows.com.au